Podcast: Learnings from the lifestyle of Hockey legend with Mark Knowles Skip to content

Mark Knowles is a four-time Olympic athlete, playing at the elite international level for over 15 years in an extremely physically, mentally and emotionally demanding sport of field hockey that provides very little financial support nor material reward.

Enduring success in this sport is purely about the level of dedication to and the love for the game.

Mark was one of the game’s best, hardest working and highest rewarded players.

Here’s a brief run down on his long list of achievements on the international stage, where he was instrumental in winning 13 international gold medals, two silver medals and two bronze medals:

What is interesting here is that there were periods during his ascendancy where the Kookaburras won 179 games and only lost eight. During this time however, out of four Olympic gold medal campaigns they achieved one and lost three. So were they successful? It depends how you look at success.

Now coming back to Mark, to see a boy from the Queensland sticks get into the national team is a big achievement, but to stay at that demanding elite level for so long (and excuse the bad pun) is a ‘mark’ of a true champion.

But what is most admirable about Knowlesy is his humble, down to earth, country boy approach, his unadorned passion and his commitment to helping others achieve their best.

Now as they say, success leaves clues, and with Knowlesy’s sustained success over so many years, he leaves a lot of them and shares many in this great chat today. 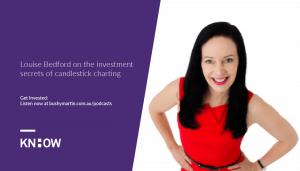 184. Louise Bedford on the investment secrets of candlestick charting 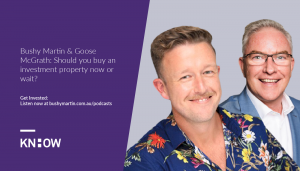 183. Bushy Martin & Goose McGrath: Should you buy an investment property now or wait? 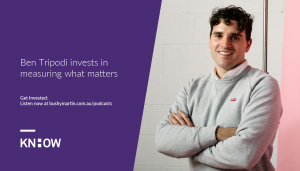 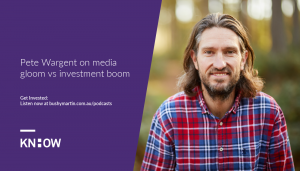